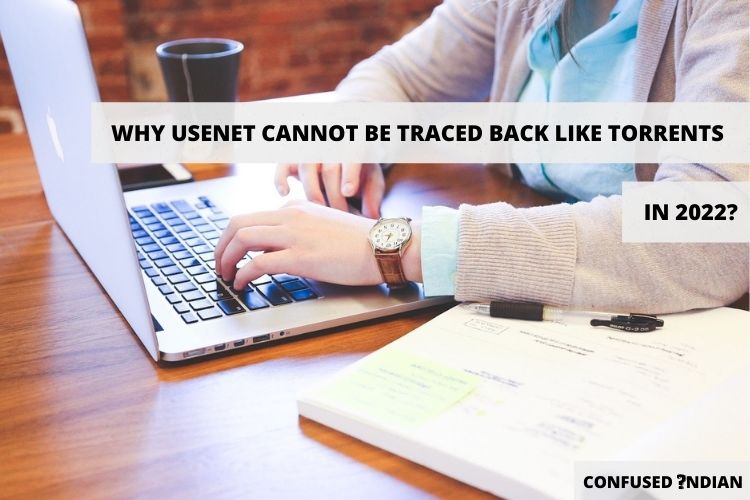 Usenet is a global network of servers on which people post and download files. The articles and files posted on the Usenet are stored on a server until the retention period expires.

The biggest difference between Usenet and torrents is that the torrent network is centralized around trackers and indexers. Torrents rely on a few servers to ease secure file sharing. As you may know, these indexing sites can be shut down by authorities. But it doesn’t stop there. Once an indexer goes down, all the torrents hosted on that site are gone. That’s because torrents are created from shared links hosted online.

In contrast, Usenet does not rely on centralized servers for file sharing. A single Usenet server doesn’t host any data at all. It’s there to connect to other servers and allow people to share data anonymously with each other via the Network News Transfer Protocol. Usenet is completely decentralized.

A Usenet connection cannot be traced back to the user’s IP address.

This is because Usenet does not use peer-to-peer networking but instead uses a central server for uploading and downloading content. Because of this, other users or companies can’t see what you are downloading or uploading on your computer.

The only trace that someone might find is that you have used a particular newsgroup, public or private. But they won’t know what data was transferred between you and the server.

Identifying who is using Usenet is not as easy as it sounds. This is because ISPs use dynamic IP addresses for their customers. An active IP address changes frequently and is not tied to a specific customer or computer. In other words, there are so many IP addresses that it would be nearly impossible for law enforcement agencies to track them all down.

Usenet users can also reduce the possibility of being traced by using a virtual private network (VPN). A VPN will mask their IP address by making it look like they’re connecting from somewhere else in the world.

The best Usenet provider wants to keep their customers anonymous because they don’t want them committing illegal acts and having their servers shut down. If you’re concerned about the anonymity of Usenet users, use a VPN service, such as Private Internet Access or NordVPN, and ensure that you do not reveal too much about yourself in newsgroups.

Whenever you connect to the internet, your IP address is logged and recorded in the server logs for that website or service. Your IP address reveals who your ISP is, your location, and which computer you used to access the internet. This information could be turned over to authorities if needed.

But when using Usenet, you are likely using a VPN service or newsreader service. These hide your real IP address with an anonymous one before connecting to a Usenet server. This forms part of your IP anonymity while using Usenet.

Why Are Torrents Users Easy to Track?

While you can use torrents for legal downloads, many people use them to download illegal content. After all, it’s easy to do and easy to hide.

Because of this, it’s relatively easy for someone to go through the traffic on a specific torrent and see where it’s going. This means tracing where the traffic comes from, which is how they trace the downloader.

While there are many different places to download the same file, they all have one thing in common: They have all downloaded the same torrent file. Each time a new user goes out and gets the .torrent file for a particular show, movie, or song, they’re connecting back to a tracker that knows about everything going on with that torrent. Someone can look at these trackers and see what IP addresses are linked.

Even though Usenet cannot be traced back, it’s becoming increasingly popular. One of the reasons for this is that it does not have the same risk as torrents. So why is Usenet safe?

There are a few reasons Usenet is safer:

The Future of Usenet

Usenet is a lot different from torrents when it comes to online piracy. In addition to there being no central Usenet provider. Usenet files also don’t have any meta info file, so individual users cannot be traced back by their Usenet client software.

Usenet is a place to go where your safety and privacy are an assurance. As no one is watching it as closely, we expect its popularity to surge. Because there is no central server that everything goes through, it will likely be harder to catch.

Also, some providers already allow many Usenet sites to be used by the same client. This is possible with the many servers available for switching servers when necessary. Expect to see an influx of people looking for a free and easy way to get their media fix in the coming days, weeks, and months.