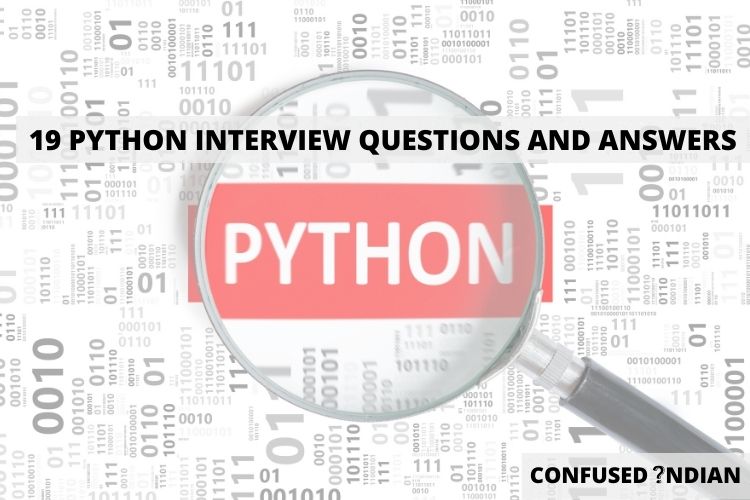 Python is a high-level programming language that can be interpreted and object-oriented with dynamic semantics, automatic memory management.

2. What are the advantages of Python?

3. What are the features of python?

4. What is Python good for?

Read: Protect And Secure Your Files For Free With PDBear

5. Is Python a Scripting Language?

Yes, it is capable of scripting. It is also known as a general purpose programming language.

The floor division // makes the result to the nearest whole number. Unlike the standard division, the result is not always a float. The result will also be a float when one of the operands is a float.

8. What is a Namespace in python?

A namespace is basically a system to make sure that all the names of each and every object in a Python program are unique and can be used without any conflict. It implements namespaces as dictionaries.

9. What are Python modules?

Python modules are files containing Python code. A module can define functions, classes and variables. A module can also include runnable code.

It has a role similar to PATH. This variable helps to locate the module files imported into a program for the Python interpreter. Python source code should present in the Python source library directory. PYTHONPATH is sometimes present by the Python installer.

PYTHONSTARTUP contains the path of an initialization file along with Python source code. When you start the interpreter it is executed every time. It is saved as .pythonrc.py in Unix and it consists of commands that tell Utilities or modify PYTHONPATH.

It is an alternative module search path. To make switching module libraries easy it is usually embedded in the PYTONSTARTUP or PYTHONPATH directories.

13. Is Python a case sensitive language?

14. What are the supported data types in Python?

15. What are Python dictionaries?

Python dictionaries are a kind of hash table type. It is similar to arrays or hashes present in Perl and consist of key value pairs. A dictionary key can be any Python type, but they are mostly numbers or strings.

16. How will you remove all leading whitespace in the string?

17. How will you convert a single character to its integer value in Python?

ord() – Converts a single character to its integer value.

18. How will you check in a string that all characters are alphanumeric?

isalnum() – Returns true if the string has at least 1 character and all characters are alphanumeric and false otherwise.

5 Tactics That Will Boom Your Stardom On Social Media

Protect and Secure Your Files For Free With PDBear