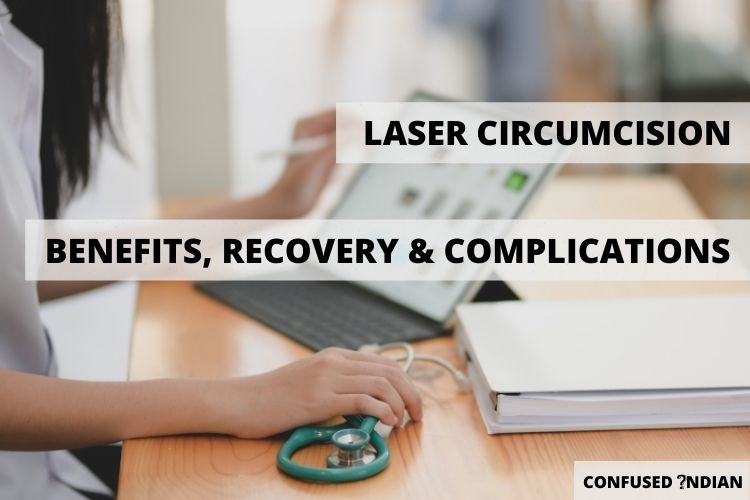 Circumcision is the surgical removal of the foreskin which covers the glans or tip of the penis. Circumcision is commonly performed on infants as a religious or cultural practice in many places. However, circumcision in adults can be carried out for religious, cultural, cosmetic, or medical reasons. Circumcision is often suggested by a urologist when various other nonsurgical methods have failed in treating conditions such as phimosis, paraphimosis, balanitis, BXO, lichen sclerosus, genital warts, recurrent urinary tract infections, etc.

Laser circumcision in Hyderabad is performed as an outpatient procedure. The patient is given anesthesia before the surgery. The surgeon then cuts the foreskin with a diode laser, which causes least tissue damage. As laser circumcision is minimally invasive in nature, it is followed by a complication-free and short recovery period.

Read: 5 Simple Steps On How To Start A Pharmacy Business!

What are the benefits of undergoing circumcision?

When performed for medical reasons, circumcision cures the condition effectively and prevents its recurrence. Other than that, benefits of circumcision are-

The removal of the foreskin allows the individual to clean his penis and glans easily. Also, removing the foreskin can help to reduce the build-up of discharge around the penis that can cause irritation or infections, such as balanitis and balanoposthitis.

Research has shown that circumcision can reduce the instances of sexually transmitted infections and diseases, including HIV, when compared to men who are not circumcised. It is however essential to understand that circumcision does not provide complete protection against STIs and STDs and it is important to practice safe sex and use condoms.

Circumcision is a very successful treatment for various foreskin problems like phimosis and paraphimosis where the foreskin becomes too tight and gets stuck in one place.  It also provides permanent protection against such foreskin problems.

Read: What Is A Wholesale Pharmacy Business And How To Start One?

Various studies have stated that male circumcision increases the female’s satisfaction during sexual intercourse. It is believed that due to reduced sensitivity to the penis, circumcised men take longer to ejaculate and thus last longer in bed. It is also found that circumcised men can often maintain longer erections and can engage in sex more often. This turns out to be a benefit for the female partners.

Maintaining good genital hygiene is important for everyone. Uncircumcised men may have more trouble in keeping the penis under the foreskin clean. Accumulation of dirt, smegma or anything else under the foreskin can result in infections and also introduce infectious agents to the vagina of the female partners (in case of unprotected sex). It is fair to say that male circumcision can help lower the risk of developing vaginal infections in the female partners.

Your laser circumcision will be completed in less than 30 minutes and you will be discharged from the hospital the same day. You will not have any pain or discomfort after your laser circumcision in Hyderabad. The urologist will also prescribe you antibiotics and pain medications to prevent infections and manage the pain and discomfort. You should complete the full course of your prescribed medications and follow the doctor’s instructions for a smooth recovery.

Mild swelling or redness is normal to occur after laser circumcision and will resolve in 1 to 2 days. If these symptoms seem to persist, you should notify your doctor. Your surgeon will suggest you to not have intercourse for 3 to 4 weeks after the circumcision procedure, until you recover completely. Also, avoid indulging in strenuous physical workouts for 7-10 days after the procedure. Patients generally recover completely in 3 to 4 weeks after the procedure.

What are the possible complications after laser circumcision?

Be very careful in choosing an experienced and renowned surgeon for your laser circumcision in Hyderabad.