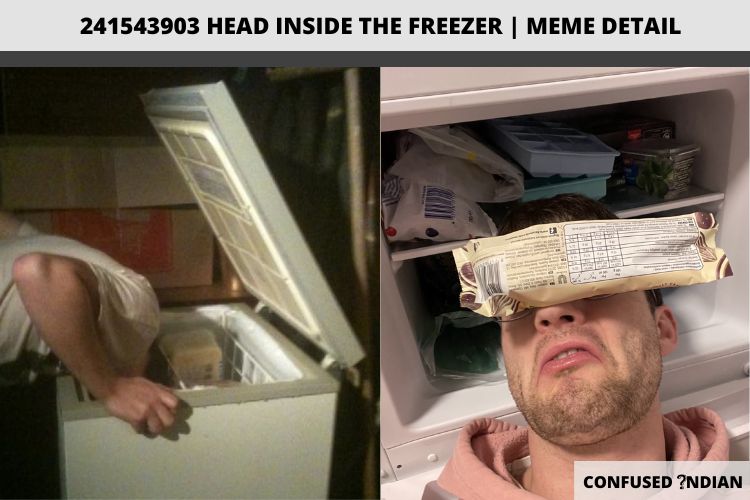 The number 241543903, popularly referred to as “Heads in Freezers,” is linked to a photo meme in which participants place their heads inside freezers and upload the pictures to social media.

The number 241543903, also known as “Heads in Freezers,” is linked to a photo craze in which users upload photos of their frozen heads on social media. It is simple to get a high level of search engine optimization by marking a collection of image files with a cryptic number. As a result, entering “241543903” into an image search engine like Google Images successfully returns pages and pages of images of people’s heads inside freezers.

The image with his head in the freezer was released on April 6th, 2009, by New York-based artist David Horvitz under the title “241543903” on his Flickr account SanPedroGlueSticks. Horvitz is well-known with his frequently bizarre DIY instructional projects. A few days later, on April 10, the same numerical sequence “241543903” turned up in a Tumblr post that gave readers the instructions listed below.

Later, in a December 2010 interview with Urlesque, Horvitz revealed how the idea first came to him after telling his ill friend Mylinh to try putting her head in a freezer. His refrigerator’s serial number, the barcodes on a container of frozen soba noodles and a bag of edamame that were kept in the freezer, together make up the number “241543903.”

A single topic blog with the title “Heads in Freezer” was registered on April 23rd, a few weeks later, under the domain 241543903.com. The site’s main page features the headline “Experiencing a MEME in the Making.”

The hashtag “241543903” was already present on hundreds of Flickr images by January 2010, and it eventually expanded to other social media platforms like Facebook, Twitter, and MySpace. Horvitz’s book of instructions, Everything That Can Happen in a Day, published by Random House in November 2010, mentions the meme.