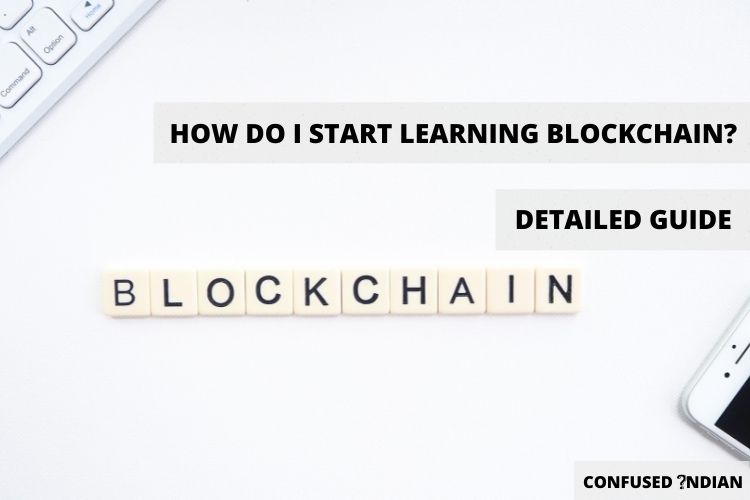 Wondering how to get started with blockchain training? Then look no further because we’ve got you covered!

The cryptocurrency craze may not be new, but what surely is fascinating is the technology behind it. Out of the many things that blockchain makes possible, cryptocurrency is, perhaps, the most well-known. Even though Stuart Haber and W. Scott Stornetta first outlined the blockchain concept in 1991, it had no practical application until 2008, when Bitcoin came into being. Bitcoin is the best-known cryptocurrency today, and the attention it receives is unmatched. But what is this blockchain technology, and how does it work? And how can a beginner go about their blockchain training?

Here’s a comprehensive guide that’ll answer all those questions. So read on to get started!

A blockchain is a digital, decentralized, and immutable ledger facilitating the transaction and tracking of digital assets across a peer-to-peer network. A blockchain records information in such a manner that it’s impossible to alter, hack, or cheat the system. In other words, a blockchain network allows the trading and tracking of anything valuable with minimum risks and costs.

A simple analogy to explain the concept is Google Docs. When we create a Google Doc and share it with people, we essentially distribute the document instead of making copies or transferring it. In essence, it creates a decentralized system where each individual has simultaneous access to the document. Any modification occurring in the document is visible to all and recorded in real-time. However, there is no concept of alterations in the blockchain. The following sections will tell why.

Read: How To Make A Career Switch To Cyber Security

How does blockchain work?

As stated previously, a blockchain is a digital ledger of transactions. Unlike a conventional database that usually operates under a central administration, the blockchain is entirely decentralized. Multiple computers spread across a network hold many identical copies of a blockchain database. Each computer in the network is called a node.

The digital ledger is made up of individual “blocks” of data. Every time new data adds to the network, there’s the creation of a new “block” and its attachment to the “chain.” Each “block” in the “chain” comprises several transactions. So with each new transaction occurring on the blockchain, a record is made in every participant’s ledger in the network. This decentralized database is known as Distributed Ledger Technology (DLT).

Key features of a blockchain

Now, let’s take a look at the features that characterize blockchain:

No participant can tamper with or alter any transaction after it has been recorded on the shared ledger. Since every node on the network has a copy of the digital ledger, each node checks the validity of a transaction before adding it. The transaction is added to the ledger only if the majority of the nodes agree that it’s valid. Once validated, the records are irreversible and cannot be changed.

The blockchain network is decentralized and does not have a single authority looking after the framework. Instead, a group of nodes (computers) maintains the network. Each participant in the network has access to the distributed ledger and its immutable record of transactions.

Smart contacts are programs stored on a blockchain that execute automatically upon fulfillment of predetermined conditions. It define conditions, automate the execution of agreements, workflows, and much more so that all participants are aware of the outcome. As a result, smart contracts save time and eliminate the need for intermediaries.

Read: Explore 24 Reasons Why You Should Study Abroad

How to learn blockchain?

Blockchain has become pretty ubiquitous with far-reaching applications in different verticals like banking, finance, defense, healthcare, cryptocurrency, cybersecurity, and more. Consequently, the demand for skilled blockchain developers has shot up. A blockchain developer designs the core architecture and security of blockchain systems. But what does it take to make a debut in the blockchain industry? Here’s a list of skills you cannot miss!

Before you get started with blockchain training, take a look at these essential skills that you have to master along the way.

One of the primary jobs of a blockchain developer is the development of decentralized applications (Dapps). Thus, learning blockchain entails knowing the fundamentals of web design, web development, and app programming.

The programming world thrives on object-oriented programming (OOP), a programming model centered around data or objects rather than logic and functions. Therefore, sound knowledge of OOP is critical in the blockchain journey. It helps blockchain experts solve complex problems, reuse codes, use modularity for troubleshooting, and acquire flexibility through polymorphism.

What began as a technology to support cryptocurrency has become an indispensable tool for handling data and doing business. From NFT marketplaces, voting mechanisms, and anti-money laundering tracking systems to cryptocurrency and banking, the practical utilities of blockchain technology are vast. With that in mind, it’s indeed a ripe time to pursue a career as a blockchain developer or other roles in the field. Featuring a dynamic, secure, and revolutionary technology, the field has ample scope for growth.